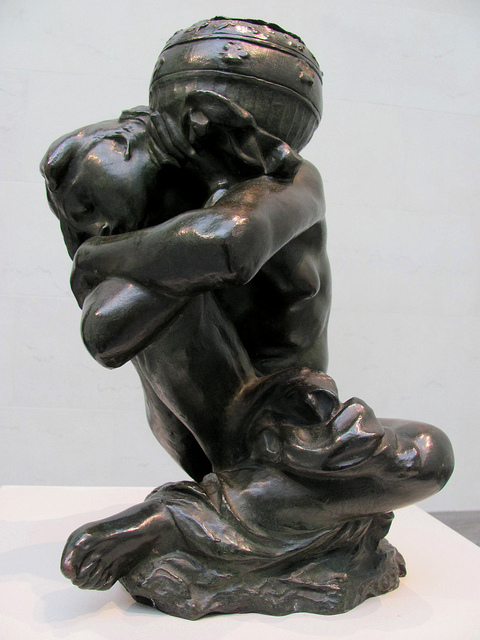 Wesley Yang wrote about Aaron in New York Magazine with sensitivity, complexity, and pathos. He laid out parts of the story like puzzle pieces. But then, I believe, he built the wrong image. He built an easier image than belonged there.

I’ve talked to very few journalists since Aaron died, compared to how many tried to talk to me. Mostly those who caught me in New York before I left America, those who got to me through friends, those who were lucky enough to find me when I could talk.

One of them was Yang. I told him (as I told all the journalists I spoke to) that this was a very hard and complex story, that I wouldn’t want to be writing it. Then again, I said, I wouldn’t want to be me even more. I spoke to Yang as I packed to leave America, as I was moving and sorting, falling in and out of silences the day after I’d eulogized him in Cooper Union. I was puffy with crying. I was the strange kind of empty and full that only comes with grief. I spoke of our lives together. I told him things that were not to be published. I asked for quote approval, and he promised it to me.

Yang did not do wrong by me. Many of the moments of his piece were lovely, and he danced up to the ambivalence of Aaron’s legacy in a way few writers thus far have. But in the end he shied away from the terrible lessons of Aaron’s death. He shied away from the what the insanity of the last month has pointed to; in the end, I think, he made this story smaller and easier than it is.

“It cannot serve society’s purpose to make a felon and an inmate out of so gifted and well-meaning a person as Aaron Swartz, and thus he was a victim of a grave injustice. But it bears remembering that the greater injustice was done to Aaron Swartz by the man who killed him.”

The greater injustice: it’s a beautiful sentence, but one that belittles the soul of civilized life.

To put this on Aaron is to say he was too weak, too fragile for our society. He should have been stronger, it’s what society requires. But Aaron would have (rightly) pointed out how meager and mean such a society is, how it’s the job of everyone to demand a better society. “A felon and an inmate” is the lesser of injustice that Yang describes. It’s a way of blaming Aaron for not being able to endure an unbearable weight, the cruelty of a violent system disconnected from justice. Living through this investigation was hell. It is the stuff of hell, of destruction, before you even get to the deeper hell of our private slave labor prison system. You have no idea how you’d react if this has never happened to you. Not Yang, not Heymann or Ortiz. Perhaps me, because I’ve been in the range of damage, more than once. But even then I’m not sure.

We are not the mythical Hollywood Spartans Aaron and I laughed at together many years ago after watching 300. We were slowly, reluctantly, falling in love after both of us had rejected dayjob life at Wired. That night we were both amused and just a little bit horrified that this primitive notion of what makes virtue; that the heroes of this story would have killed us both as children. Aaron and I were part of a culture that prides itself on not slaughtering deformed or sickly children, or leaving unwanted babies to die of exposure. Instead we were the people that could go to the moon and builds ADA ramps. We hold people like Stephen Hawking up as paragons, not of their virtues, but ours. We contend that we live better and more wisely for keeping brilliant minds in useful arts and sciences not only alive, but offering a place where they can thrive and enrich us all.

And we are lying.

Yang blames Aaron for not going to high school, for not learning to do pointless things because he was told to by men with power over him. I have sympathy for Aaron here, I didn’t finish high school either. I have what Yang points to as Aaron’s fatal flaw: and inability to accept doing pointless things to get by. My mom used to get so angry at me, and yell “You can’t have your cake and eat it too!” I would say to her in my calm and infuriating way, “What’s the point of having cake if you can’t eat it?”

It is not as Yang seems to imply the snowball effect of a simple lack of discipline. I can endure things, as could Aaron. Both of us were strong in many ways, and could endure violence from our minds and bodies which few people will ever have to experience, for years. We’d both endured the placelessness of rejecting the system, the self doubt, the terrible judgement and disappointment of others. I’d love to say I helped guide him, but he did at least as much for me as I did for him. We laughed about how bad we looked on paper, two high school dropouts with shitty employment histories. But he told me I was amazing, that I could do what I wanted with my life. I told him he was stronger than he knew.

In our culture, this strength is not enough. One must be born without blemish, and be strong and brilliant on top of that. Yang is critical of Aaron’s inability to endure pointless things thrust on him by corrupt power structures. I share this quality with Aaron, so I am left asking myself, why am I alive? I believe it is for two reasons: I was born a woman, and I was born poor. To be either in America teaches you something quickly that Aaron never learned. It teaches you that you are prey. I have the instincts of a prey animal: avoid detection, flee from violent people, hide, wait, use all available resources for my advantage. Aaron and I were both fragile, but he believed that we still lived in a society that valued something other than might and force. I have no such illusions.

Yang had all these puzzle pieces, and tried, understandably to say something about Aaron, but instead he accidentally said about America, something more important than Aaron’s death. He said that we are social Darwinists now. That our values are that if you are weak in body or spirit, that if you are poor, or even just unlucky, you deserve to die. What Yang shows in his account of Aaron is that we are a lesser place and a lesser civilization than we’d hoped for.

4 thoughts on “Why I disagree with Wesley Yang’s conclusion”